Find the ingredient that fits 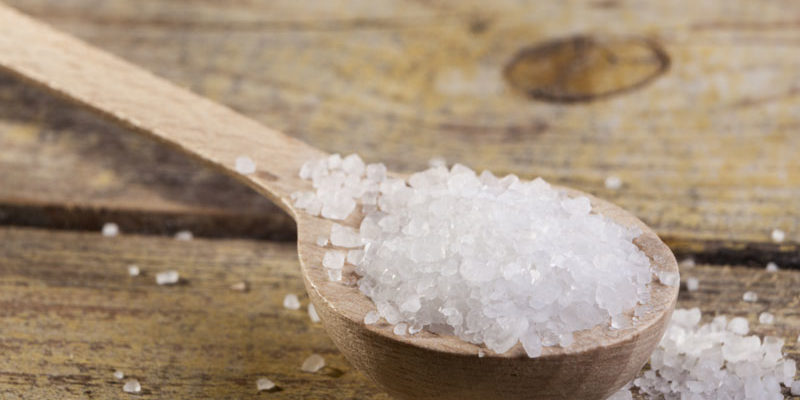 Manufacturers are redeveloping stock standard items on grocery lists to comply with the legislative buzz around salt and sugar reduction.

Conversely, developers are faced with the daunting task of meeting legislated salt and sugar levels, while answering consumer calls for tasty, healthy, natural and affordable products.

Sophisticated solutions are called for and the time has arrived for functional novel ingredients to flourish. Industry firmly recognises that complying with R146 (regulations relating to the labelling and advertising of foodstuffs) is not negotiable. Looming in the background, is pending draft regulation R429 – a force to be reckoned with in itself. Coupled with an anticipated nutrient profiling model, marketers and developers find themselves in an ever challenging environment to deliver successfully on this broad spectrum brief.

SWEETENERS
Developers have a wide array of sugar replacers available to choose from. Compared to sugar, bulk sugar replacers vary in digestibility, sweetness level, caloric value and functionality. With the exception of xylitol that is 100 per cent as sweet as sugar, high intensity sweeteners such as sucralose or stevia are used in combination with bulk sugar replacers to deliver a sweetness level comparable to that of sugar. All polyols except erythritol cause a laxative effect and should be used with caution when formulating products, which can be consumed at a high dosage such as beverages. Shelf life stability is critical in sugar free confectionary applications. The hygroscopicity of isomalt is comparable to that of sugar, preventing cold flow and sticking of candy to packaging. Sucralose is the only HIS derived from the sugar molecule offering a comparable sweetness profile to sugar at a dosage level of 0.03 per cent. Stevia, a natural HIS has seen many successful launches in both the global and local market. Sophisticated stevia blends are available and are specifically designed to suit end applications.

FIBRE: A MULTIFUNCTIONAL INGREDIENT
Both soluble and insoluble fibres are useful in reducing sugar, while preserving eating quality. Soluble fibres inulin and oligofructose, both derived from natural source chicory root, serve as a bulk sugar replacer to levels up to 30 per cent. Offering up to 50 per cent the sweetness level of sugar, it works synergistically with other HIS to help mask off tastes often associated with these sweeteners. Maintaining organoleptic properties of the full sugar version is integral. Inulin and oligofructose facilitate browning and good crumb texture in baked goods. They furthermore reduce blood glucose response, increase satiety and beneficially stimulate the gut microflora.
Tasteless insoluble fibres are useful in replacing volumes lost when removing sugar in a baking application. Short chain length fibres positively affect texture in biscuits by improving crunch and preventing breakage. Longer fibre types have the ability to absorb water, proving effective in fresh keeping and shelf life extension.

SODIUM
Salt is the world’s most established food additive acting as a taste carrier to enhance flavours, adding mouthfeel and preventing microbial spoilage. Replacing sodium poses several challenges. Sub4Salt® is designed to replace sodium chloride in a formulation in a 1:1 ratio to reduce sodium content by 35 per cent. It offers four main advantages to other salt reduction systems: similar salty taste characteristics, no metallic off-notes, easy
handling and similar dosage levels. The ingredient can be used in cured meat systems, bakery products, snacks, soups and stock powders with a successful sodium reduction of between 25 to 50 per cent. Lallemand Bio-Ingredients offer yeast extracts – a rich mix of protein peptides, which include glutamic acid for a clean flavour donation and a more powerful taste enhancement. It also supplies glutathione, the main active ingredient in increasing continuity, mouthfeel and thickness in umami solutions. Yeast extracts assist in reducing salt, providing a special savoury taste similar to a meat bouillon whilst significantly improving organoleptic qualities in a
multitude of food products.

PROTEINS
The demand for high protein, lower carbohydrate food is challenging developers to find alternative protein sources. Milk, soy, wheat, pea, rice, hemp and chickpea protein are some of the sources with plant derivates enjoying the limelight. Amino acid profile, functionality, allergen status, flavour and price are important considerations to a specific application. Traditional proteins characterised by low water binding and solubility are costeffective solutions for protein fortification in cereals, extruded snacks and bars. Applications requiring good solubility and emulsification are still dominated by highly functional dairy and soy protein, but more functional alternative plant sources are emerging in the market. Protein digestibility is key and formulators experiment with a combination of sources to optimise on satiety and muscle synthesis, for example dairy protein digesting at a
slower ratio compared to soy protein.