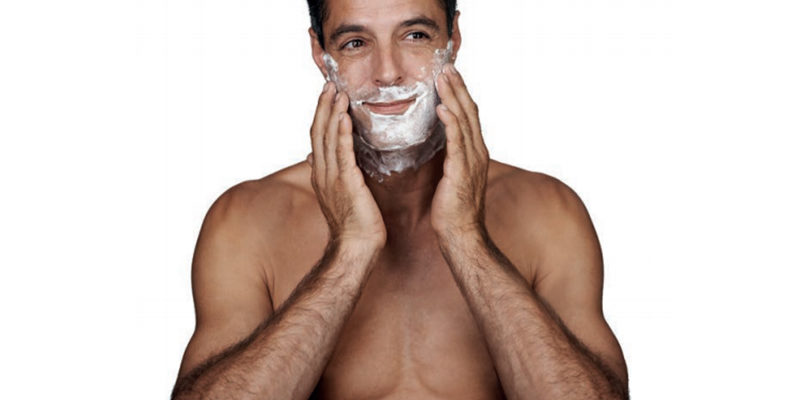 When we shave we not only cut and remove unwanted hair: the razor also scrapes the surface of the skin, removing skin cells.

This may lead to irritation which manifests as redness, itching and a sensation of tension. The outermost skin layer acts as a natural barrier, and losing it leaves the skin more prone to dryness and more susceptible to external impacts. A suitable aftershave soothes and nourishes stressed skin and crucially counteracts symptoms of irritation, restoring moisture and protecting the skin.

While early aftershaves relied mainly on the antibacterial and astringent effects of alcohol, today’s product landscape is much more diversified, ranging from the classic eau de cologne-type aftershaves to lotions, gels and balms. Product databases such as Innova Market Insights reveal several trends in which moisturising and hydrating properties play a major role. This is indeed a very important aspect of dry skin prevention. Typical moisturisers include glycerine, glycol or propylene glycol. Another major claim relates to suitability of the product for sensitive skin. In this case the choice of ingredients needs particular attention to avoid allergic reactions and maximise soothing and nourishing effects. While moisturisers are important here, too, other classes of substances, such as vitamins, certain plant extracts and antiseptic compounds, also have a role to play. In line with the demand for products for sensitive skin are trends towards alcohol-free formulations (alcohol is harsh on skin and contributes to drying out as it evaporates), dermatologically tested products and formulations reducing redness.

Overall, consumers have high expectations regarding the functionality and effectiveness of aftershaves, but one important trend seen in other segments of the personal care market is still underdeveloped. This is the demand for natural, plant-based formulations. The market for male skin care is still dominated by traditional, often synthetic ingredients. This can be observed in the field of moisturisers with their petrol-based glycols, and also with viscosity control agents, where we find the synthetic polymer carbomer and again some glycols topping the lists of ingredients in this category. However, it is to be expected that the general trend towards natural ingredients will also affect the aftershave market, and indeed the first signs of this can already be seen. There is no real technical barrier to creating an aftershave formulation based on ingredients from natural origin. Fermentation-derived ingredients such as lactates or erythritol have been shown to provide excellent moisturising activity in both leave-on and rinse-off formulations. The natural thickener xanthan gum is already used to stabilise suspensions, emulsions and foams.

So why not use them in an aftershave? In this paper we explore the feasibility of creating an aftershave based on natural ingredients. In particular, we will show that potassium lactate helps reduce skin irritation and restore moisture to the skin.

Methods
Two types of tests are widely used in the cosmetic industry to evaluate and prove the soothing and anti-irritant properties of an aftershave product as well as its moisturising performance. One is a shaving irritation study to assess the anti-irritant potential of leave-on cosmetics, in which the product is compared with an untreated control in a forearm shaving model. The other measures the level of skin hydration to assess the moisturising potential of cosmetic ingredients used in leave-on formulations.

The shaving irritation study is based on controlled post-shave irritation in defined test areas on the volar forearms caused by shaving without a lubricant. Erythema is induced using a disposable razor and a defined number of strokes for three consecutive days. A special test setup was developed to evaluate soothing and anti-irritation performance. The tested products were applied twice daily for three days, once directly after shaving and once in the evening. One test site was left untreated and functioned as control. On days 1 to 3 a subjective assessment of skin feeling was performed directly after the first product application of the day. On day 4, skin redness was also measured using a chromameter (Chroma Meter CR400, Minolta, Germany). A pea-sized amount of each product was applied to a 4 cm x 4 cm test area and distributed evenly with a cotton swab. The panel consisted of 28 subjects, 39% male and 61% female, aged between 41 and 65 years. These panellists evaluated the subjective skin status (itching, burning, tension) according to the following scale: 0 = none, 0.5 = very slight, 1 = slight, 2 = moderate and 3 = strong. Skin colour was quantified by reflectance measurements using a tri-stimulus chromameter.

The measuring principle is based on the reflection of a Xenon flash that diffusely illuminates the skin. The reflected light is detected by silica photodiodes, providing a colour analysis of the detected light. The chromameter defines the measured colour according to the L*a*b* colour coordinate system, where the a* value defines the red-green axis and correlates with the visual assessment of skin redness (erythema).

The study of moisturising potential is based on skin hydration level measurements using a Corneometer® in defined test areas on the volar forearms compared to an untreated control area. Skin moisture content measurement with the Corneometer® is a common, non-invasive technique for evaluating the moisturising potential of cosmetic products. The tested products were applied for 14 days and skin moisture content was measured using the Corneometer® on day 0, day 7 and day 14. A pea-sized droplet of each product was applied to the upper or lower part of the volar forearm and distributed with circular movements of the finger.

The different products were applied daily by a panel of 20 subjects, 35% male and 65% female, aged between 23 and 55 years. The Corneometer® measures the hydration of the outer layer of the epidermis (stratum corneum) and detects the smallest changes in skin surface hydration. The measuring principle is based on changes of the dielectric constant of a precision capacitor.