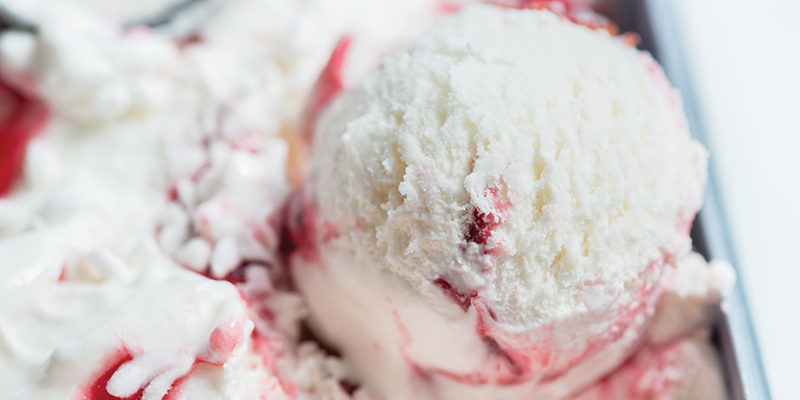 The estimated size of the global ice cream market is around 15 billion litres. Consumption patterns vary significantly between countries and regions.

Ice cream is made up of a complex matrix of frozen foam, emulsified fat globules and suspended ice and lactose crystals. The matrix is highly susceptible to temperature variations. Reducing this sensitivity will help to maintain the quality of the ice cream during storage and improve shelf life. A significant improvement can be achieved by using hydrocolloids to bind water and thereby control the growth of ice crystals. Additionally, hydrocolloids can be used to modify the melting process and mouthfeel.

According to market analysis of hydrocolloids used in ice cream, 13% of approximately 14 000 total new ice creams launched (2012 – 2014) contain xanthan gum, while 755 of the newly launched ice creams were milk-based. Xanthan gum is often used in combination with guar gum, locust bean gum and carrageenan, but pectin carboxymethylcellulose and tara gum are also used to stabilising agents.

The hydrocolloids derive from different origins: XG is obtained by bio-fermetation of glucose with Xanthomonas campestris; guar gum is an extract from the seeds of the carob tree. Carrageenan derives from red algae, seaweed or Irish moss. Many hydrocolloids are approved for use in food, registered with the following E-numbers: XG (E415), GG (E412), LBG (E410), CMC (E466), TG (417), pectin (E440) and carrageenan (E407) – often without a defined upper limit, but to quantum satis.